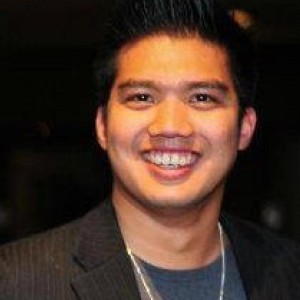 Dog Attacks: What is Settlement Worth?

Canine aggression is a difficult subject to accurately predict. Many different factors come into play including the health and biology of the dog, the training and treatment by the owners, and environmental conditions that “teach” a dog to apply certain behaviors.

When a dog attacks another person or animal, the results can be variable, from a miniscule band-aid wound to severe and permanent psychological and physical impairments.

So how does a lawyer determine what a dog accident claim is worth? To answer that, it is important to understand the extent of liability in Ontario law, and how damages have been determined according to case law.

What is the Dog Owner’s Liability Act (DOLA)?

Generally speaking in Ontario, the Dog Owner’s Liability Act R.S.O. 1990, c. D.16, makes the “dog owner” strictly liable for all injuries and losses caused by the dog regardless of fault or negligence.

Who is the Owner?

The definition of “owner” is not only limited to the person who literally owns the dog.

Wilk v. Arbour, 2017 ONCA 21 involved an Ontario woman and a man she was in a relationship with who owned a nine-year-old Great Dane dog named Zeus. While the woman was walking Zeus, it suffered a seizure and fell into a ditch. While trying to retrieve the dog the woman also slipped and collided with Zeus. Zeus bit her and she lost part of her right thumb from the bite.

Initially, the woman sued the dog’s owner, arguing the bite was caused by him not feeding or providing medication to the dog that day. She was successful in Superior Court. The owner appealed the decision.

The Ontario Court of Appeal held that the person who is “in physical possession and control over a dog just before it bites or attacks another person or animal” should be considered that dog’s “owner.” As such, the woman was considered the dog’s owner at the time she was bitten, and thus was denied an award for damages.

From this case, we learn that an “owner” includes persons who are in physical possession or control over the dog. This means that even simply walking a dog (despite being a non-owner), renders the dog walker ineligible for compensation if the dog bites them. Even worse, the dog walker may be liable for damages if the dog bites someone else while they have possession or control of the dog.

What are Dog Attack Cases in Canada Worth?

It is important for the public to know that determining an award for damages in court is complex. While special damages such as medical costs or income loss can be easier to predict and calculate, pain and suffering is not easily calculable so we must turn to case law and distinguish the facts. Out of pocket expenses including costs for attendant care, hiring a housekeeper, medication costs, and other expenses need to also be considered. The following cases can serve to contrast how the courts award damages:

In Liu and Yi v. Demasi 2012 ONSC 4061 (CanLII), the Plaintiff was attacked by the Defendant’s dogs while trying to protect his own dog, which resulted in hypertrophic scars, anxiety and limitations in his daily activities. As a result, the Plaintiff’s partner was burdened with extra household responsibilities due to his limitations, which led to undue hardship and loss of companionship in their relationship. The Plaintiffs were awarded over $61,559.40, including general damages ($30,000) income loss ($15,000), housekeeping ($2,504.60) and damages under the FLA Claim ($3,000). The court also awarded out-of-pocket expenses, costs and pre-judgment interest.

Thompson v Fisher, 2016 ONSC 3409 (CanLII) was a case where the Plaintiff attempted to serve a legal document to the Defendant. The Defendant opened the front door and enticed his dog to “get him”. The attack resulted in severe injuries to his hands leaving him dependant on the help of others to perform his intimate care and household tasks (cooking for and driving his two dependent children) Although he did not suffer PTSD, he does now have a fear of dogs. The Plaintiff was awarded general damages ($30,000), special damages ($5,988), OHIP subrogation recovery ($2,792.23), along with costs for legal fees and disbursements.

The Plaintiff in Moretto v Nicolini-Femia, 2017 ONSC 3945 (CanLII) was bitten by the Defendant’s dog and sustained injuries to her cheek and a permanent facial scar causing significant emotional and social impacts on her life in that she became insecure about her appearance and had a lowered self-esteem. She was awarded $40,000 in general damages for physical injury, $5,000 in general damages for psychological injury and $12,500 for future costs care that included laser treatments and sunscreen.

A review of the law suggests the following to keep in mind:

While case law can guide the public in getting an idea of what courts award Plaintiffs for losses resulting from an animal attack, it is very important that victims of an animal attack consult with a lawyer and get proper legal advice. Every case is unique in their own merits, and there are many risks and factors that come into play when choosing to pursue a claim in court.

Acknowledgements to Heena Kapoor, Student at-law with Joshua David & Associates Law Firm for the research efforts and co-writing of this blog post.